Robots, and the “Amazon Effect, are quickly changing our lives and investments.” Over the past five years, semiconductors (SMH) have significantly outperformed real estate (VNQ) and the S&P 500 (SPY).

ETF PM currently has long positions in SMH and SOXL. 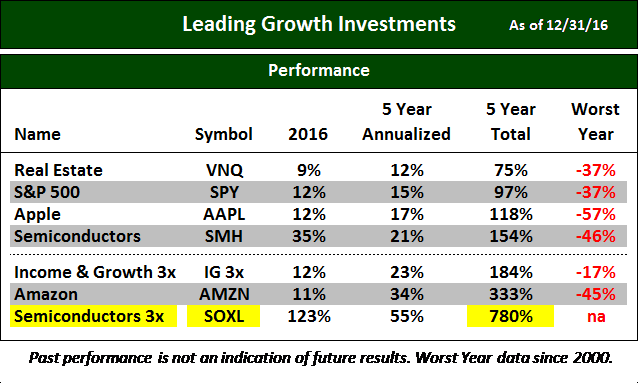 “The global semiconductor industry is off to a strong and encouraging start to 2017, posting its highest-ever January sales and largest year-to-year sales increase in more than six years,” said John Neuffer, president and CEO, Semiconductor Industry Association.” Sales into the China market increased by more than 20 percent year-to-year, and most other regional markets posted double-digit growth. Following the industry’s highest-ever revenue in 2016, the global market is well-positioned for a strong start to 2017.”