Mr. Universe 2014 explains “the new athletic superpower,” and leading experts agree. This may be the most important and complicated trend for everyone to learn given the many risks. 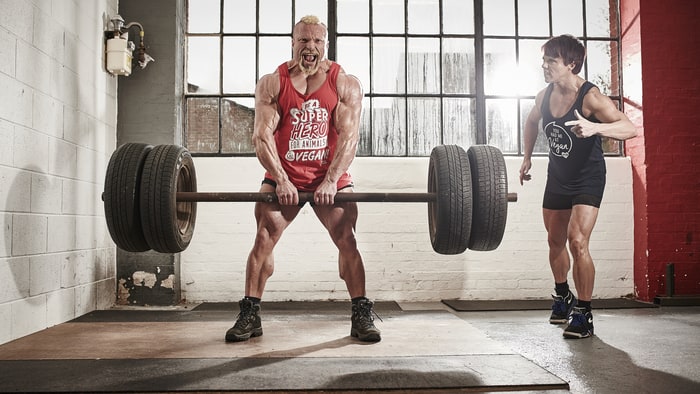 If the fitness world is keeping score, it’s time, then, to add another tally mark to Team Vegan. Bodybuilder Barny Du Plessis, Mr. Universe 2014, is crediting his vegan diet for helping him unlock a new level of fitness, giving him more energy and strength than ever (he’s never been happier with his physique). Since going vegan about a year ago, he says he’s training half as hard and still making remarkable gains. Not to mention, that after switching from a meat-eating diet to a plant-based one, Du Plessis says his problem with hernias disappeared, too…

Is veganism really an athletic advantage?
Being vegan certainly seems to be the new athletic superpower. If you ask me, being vegan gives athletes such power that it’s almost an unfair advantage over meat-eaters.