Tesla (TSLA) is revolutionizing a number of industries including transportation and energy storage. The article below covers Tesla’s potential to disrupt the utility industry. 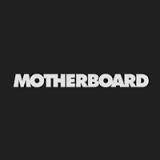 There’s a reason that power companies are attacking rooftop solar across the nation: They see those silicon panels as nothing short of an existential threat. As the cost of solar continues to fall, and more people opt for the distributed power offered by solar, there will be less demand for big power plants and the utilities that operate them. And one major investment giant has now released three separate reports arguing that Tesla Motors is going to help kill power companies off altogether.

Earlier this year, Morgan Stanley stirred up controversy when it released a report that suggested that the increasing viability of consumer solar, paired with better battery technology—that allows people to generate, and store, their own electricity—could send the decades-old utility industry into a death spiral. Then, the firm released another one, further emphasizing the points made in the first. Now, it’s tripling down on the idea with yet another report that spells out how Tesla and home solar will “disrupt” utilities.

“There may be a ‘tipping point’ that causes customers to seek an off-grid approach,” the March report argued. “The more customers move to solar, the [more the] remaining utility customers’ bills will rise, creating even further ‘headroom’ for Tesla’s off-grid approach.”

Yes, Tesla Motors, everyone’s favorite electric car company. And that’s where the controversy comes in. Morgan Stanley breathlessly pegged Tesla as “the most important auto company in the world” in part because its electric car business was pushing it to develop better energy storage technology, and then mass manufacture said batteries. That’s exactly what Tesla CEO Elon Musk and company will be doing at its forthcoming Gigafactory, which it is building in the Southwest with Panasonic.

With the new manufacturing facility, Morgan Stanley reasons, Tesla stands to double its business (adding another $2 billion in revenue) by selling the lithium ion batteries it typically ships under the hood of a Model S to homeowners with solar panels, too. If consumers can store energy the panels generate during the day for use at night, it would ostensibly render the need for utilities to pipe in faraway power—and their electric bills—obsolete.